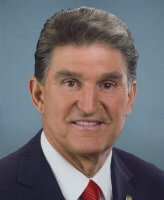 Senator Joe Manchin is upset by soaring opioid addiction and death, especially in his state of West Virginia. From his talks with ex-addicts running recovery houses, Manchin informs us at to the roots of the opioid crisis:

“They got started out as a kid smoking occasional, what we call recreational marijuana. From there it led into prescriptions, taking out of their parents or grandparents medicine cabinet and become a cool kid. Then it turned into where they were hooked. Now heroin comes on. Now the fentanyl comes on.”

So, gee, if only the kids had not used marijuana, the whole opioid crisis could have been avoided. Slap on forehead. Never mind the flooding of his state with 433 pain pills per person.

Soaring rates of opioid addiction and death are indeed at crisis levels. Deaths from opioid pills and heroin now exceed automotive and firearms fatalities, nearly 33,000 per year, with nearly half those deaths from prescription opioids, such as hydrocodone and oxycodone. Think Vicodin and OxyContin. Breakthrough reporting in the Charleston Gazette-Mail by Eric Eyre, showed that “Drug firms poured 780M painkillers into WV amid rise of overdoses.”  That is 3/4 of a billion pills into a small state. During this time, compensation for CEOs of the three largest pharmaceutical companies dumping this torrent of toxins into the state was 450 million dollars. Unsurprisingly, Manchin’s state leads the country in overdose death rate.

The Senator has in mind a cure for the problem, as he outlined on CNN:

“We need to declare a war on illicit drugs.”

Senator Manchin gets many things wrong:

Opioids are highly lethal because they affect and suppress breathing. Overdose deaths nearly always result from cessation of breathing. Combining with other drugs such as benzodiazepines (Valium) and alcohol is particularly dangerous. Over one in five opioid deaths are actually opioid-alcohol fatalities.

As it turns out, Manchin need not look far for culprits poisoning his state and country with opioids. His own daughter, Heather Bresch, is the CEO of pharmaceutical company Mylan, a producer of generic versions of off-patent opioids. If Mylan sounds familiar and vaguely negative, it is probably from the recent news of the wild price increases for the EpiPen. In just a few years the cost of this device for administering one dollar’s worth of drug increased six-fold to six hundred dollars. During this same time, Bresch’s pay increased six-fold to $18 million dollars.

From the standpoint of productive and rational drug policy, the Trump administration’s cabinet is a nightmare. The return of drug war stupidity called for by Attorney General nominee Jeff Sessions desperately needs balance and challenge in the US Senate. Unfortunately, in drug war Democrat Joe Manchin we will get no such choice, only an idiotic echo.