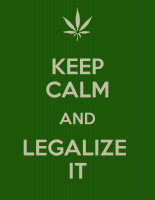 I must admit that I get some pleasure when prohibitionists make mistakes. After years of Reefer Madness propaganda and the perpetuation of the “dumb stoner” stereotypes, it just makes me feel good when those that have pushed the Drug War upon the American public goof themselves. One of the best prohibitionist goofs of all-time was when Kevin Sabet, the so-called quarterback of the anti-marijuana legalization movement, forgot to secure the domain name of his campaign organization working to defeat a medical marijuana measure in Massachusetts. Once those “dumb stoner” activists discovered Sabet’s fumble, they pounced on it, spoofing his campaign website and medical marijuana cruised to victory. And prohibitionists goofed again, this time when D.A.R.E. supported marijuana legalization (for a bit) after the program’s news service wrongly placed a pro-legalization letter to the editor, by a LEAP member, on its website.

I saw headlines pop-up over the internet and blogosphere about D.A.R.E. supporting cannabis legalization and immediately felt that there must be some mistake. Sure enough, D.A.R.E. confirmed to the great Washington Post reporter Christopher Ingraham that they had made a mistake; the cherry on top of the ordeal is that D.A.R.E. wrongly referred to Ingraham as “Scott” in its response. D.A.R.E.’s mistakes are very telling at it demonstrates a certain amount of laziness to just publish anything on your website that isn’t properly screened when you are supposedly a prominent, qualified anti-drug program.

Of course, the biggest mistake is that our nation wastes time on D.A.R.E. in the first place. Young people today have the internet, they can find out the truth about the relative danger of drugs and can easily find out that the gateway theory has been debunked. The D.A.R.E. program has been found to be ineffective and yet our nation still squanders resources on the program. These kids today need the scientific truth about drugs, including the fact that they shouldn’t do any drugs until they are older because drugs can severely harm developing brains.  Utilizing tax dollars generated from cannabis legalization, Oregon will fund drug prevention programs that consider input from actual teenagers to help develop good messaging to prevent kids from using marijuana; programs like this are a good start, so long as the messaging is based on science and facts. However, the days of preaching Reefer Madness to kids are over; they just ain’t gonna buy it, even though we are all paying for it.