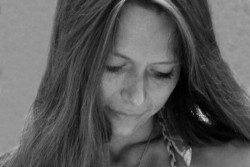 The plight of Shona Banda and her family in Kansas illustrates just how far we have to go to end the harmful and futile War on Marijuana. While people were celebrating newly-won freedoms on April 20th, Shona Banda had to attend a child custody hearing because here son spoke out against anti-cannabis propaganda taught in school. Banda’s 11 year-old son lived in Colorado for a time and he has seen first-hand the medicinal benefits his mother has experienced from cannabis, so he spoke his mind in school. This case goes beyond cannabis and into the most fundamental rights that we have in this country. This case illustrates a a very slippery slope regarding parental rights. What’s next? Raw milk in the home? Owning a pit bull or a rottweiler as a family pet?

Unfortunately, this has led to a tragic scenario for Shona, where she is now embroiled in a Kafkaesque bureaucratic nightmare where she is fighting to prove that she is fit to raise her son while felony marijuana charges hang over her head. In over 20 other states, and our nation’s capital, Ms. Banda would be a harmless patient, but since she has the misfortune of living in Kansas, a state with draconian cannabis laws, she is facing prison time and the state-sanctioned kidnapping of her child.

From Jacob Sullum over at Reason:

The Garden City Police Department, which conducted the search of Banda’s home, insists that the state-sanctioned kidnapping is in the boy’s best interest. “The most important thing here is the child’s well-being,” said Capt. Randy Ralston. “That is why it is a priority for us, just because of the danger to the child.”

Ralston elaborated on that rationale in a press release posted yesterday. After Banda’s son “reported to school officials that his mother and other adults in his residence were avid drug users,” Ralston says, the officials called CPS, which in turn contacted the police. The search, based on a warrant obtained that evening, discovered “approximately 1¼ pounds of suspected marijuana,” along with “a lab for manufacturing cannabis oil on the kitchen table and kitchen counters.”

The family court judge cited the possibility of felony charges as a reason to remove Banda’s son from his home. For a while he was staying with his father, Banda’s ex-husband, but CBS News reports that CPS “took the boy back into protective custody” when he “ended [up] back with his mother again.” As far as I can tell, the counterintuitive notion that Banda’s son is better off in state custody is based on no evidence other than his mother’s use of a medicine that is legal in about two dozen states.

While it is so tragic that Banda’s family has had to undergo this traumatic ordeal, the silver lining is that government overreaches like this tend to galvanize the cannabis community and inspire activists to work even harder to end prohibition. The cannabis community rallies to help Shona Banda and many others like her, suffering through such horrific ordeals due to the Drug War. Shona Banda’s legal defense fund on GoFundMe has already raised more than $34,000 to help her fight for custody of her son and potentially against felony charges that may be filed.

Kansas prosecutors are currently reviewing the case and will determine whether to press any charges within the next 10 days. Here’s hoping that prosecutors decide to exercise compassionate discretion in this case and decide that this medical cannabis patient and her family have gone through enough already. If prosecutors decide to pursue draconian charges, we can expect the cannabis community to continue to support Shona and work even harder to end prohibition so we can live in a world where families never again have to suffer through such ordeals.