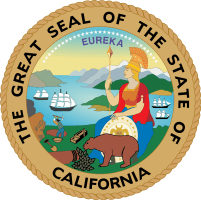 AUMA, California’s Adult Use of Marijuana Act, now designated as Proposition 64, will be decided November 8. If voters pass Prop. 64, legalization will soon begin in this bellwether state, the nation’s largest and most influential. Massive momentum, perhaps unstoppable, will then help end federal prohibition. Should AUMA fail though, federal legalization may be set back years.

In the words of anti-marijuana zealot Kevin Sabet,

“If there is one thing we agree on with legalization advocates, it’s that California is important.”

“Professional neo-prohibitionist” Kevin Sabet likes to invoke the bogeyman of “Big Marijuana,” implying that legalization will somehow create all powerful big businesses, poisoning the public as did “Big Tobacco.” There is zero evidence of such a thing; in legalized states like Colorado, cannabis business of all sizes and types are prospering. The harms prohibitionists warned of before legalization have not occurred.

In reality, “Big Prohibition” is the villain here. This nefarious group consists of all those profiting from the illegality of marijuana. Strangely, most of these groups start with “P,” and includes politicians, police, prosecutors, private prisons, prison guards, and pharmaceutical companies. Alcohol vendors and addiction services peddlers also oppose for self-serving reasons. Anti-marijuana lobbying groups like SAM stand ready to turn prohibitionist’s money into political action, such as opposing and stalling state legalizations.

The Investigative Fund’s Lee Fang showed in 2104 some of these incestuous pot prohibitionist operate in his article “The Anti-Pot Lobby’s Big Bankroll”.  He quotes freedom fighting Congressman Steve Cohen:

Prohibition provides “an incentive for these interest groups to keep seeking federal money to continue the ‘war on drugs’ [and] their own salaries,” says Representative Steve Cohen, one of the most outspoken proponents of legalization in Congress. Cohen adds that some of the most vociferous opponents of reform appear to be influenced by the money flowing from pot prohibition. “It’s a vicious cycle.”

Fang documents the efforts of Perdue Pharma, makers of Oxycontin, the gateway drug to the current epidemic of heroin and pharmaceutical deaths, to support SAM’s Patrick Kennedy and organizations such as Partnership for a Drug-Free America (now for Drug-Free Kids). And sure enough, these organizations are tough on marijuana while giving addictive and lethal pharmaceuticals a free pass.

So far in California, supporters of legalization have contributed far more money. High tech billionaire Sean Parker has now donated $2.5 million and other contributions take the total in support to over 7.0 million.

SAM is contributing over $2.0 million to defeat AUMA and adult use legalizations in Nevada, Massachusetts, Maine, and Arizona. Although and those groups listed below are still being outspent, they will stage a massive and misleading propaganda program up through November 8.

Californians voting against AUMA will vote with prohibitionists. On the morning of November 9, if AUMA fails, “no” voters can high five with marijuana haters Senator Dianne Feinstein, Kevin Sabet and Patrick Kennedy.

Should Prop. 64 go down in flames, similar celebrations will take place among the following prohibition players and supporters of AUMA defeat:

Support and work for AUMA, California’s historic and influential adult use legalization of marijuana!