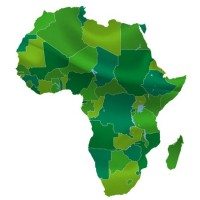 Christian Baker is a chef living in Glen Ashley, Durban North, South Africa, and is the latest member of Iqela Lentsango, the Dagga Party of South Africa, to challenge the constitutionality of dagga prohibition in the nation of 53 million.

Dagga is the South African term for cannabis, or “marijuana” in North America. It is prohibited by the Medicines and Related Substances Controlled Act of 1965, the Illicit Drugs and Trafficking Act of 1992 (which refers to it as an “undesirable dependence-producing substance”), and international drug treaties to which South Africa is a signatory.

Baker, age 23, successfully argued before the Pietermaritzburg High Court (the KwaZulu-Natal provincial court) to have his charges stayed in the lower Phoenix Magistrate’s Court (the Phoenix Township’s court) for dagga dealing and possession. He now has 60 days to present his defense to the nation’s Constitutional Court.

Baker argues that “I have been smoking dagga for years without harm … I sometimes eat it for its known medical benefits and part of my own spiritual beliefs and practice … I eat the seeds as part of my diet and as a health supplement due to research into the medical benefits and economic potential of cannabis,” according to IOL News in South Africa.

Baker’s argument mirrors that of another Dagga Party member, Lions River farmer John Lawrence Strydom. Almost a year ago, he was arrested for possession of almost five kilograms of dagga. Those charges were withdrawn in March by the province, but Strydom argued for them to merely be stayed, so he could present his case to the Constitutional Court that laws prohibiting dagga violate the South African Bill of rights.

Strydom argues that the word “dagga” itself has been used by police and media to demonize the cannabis plant, echoing similar arguments about the use of the word “marijuana” in the United States. “I smoke it and eat it for its known medical benefits and as a part of my own spiritual beliefs and practices,” IOL News reports Strydom as saying, “I regularly consume it as part of my daily diet and as a health supplement.”

Strydom doesn’t even believe that one can plead “guilty” or “not guilty” to something that cannot naturally be a crime in the first place. “To me this invoked a massive moral dilemma,” writes Strydom, “as either a ‘guilty’ or a ‘not guilty’ plea implies consent to what amounts an unlawful law.” His plea document lays out the case of dagga prohibition violating the UN Declaration of Human Rights, enshrined into South African law by their constitution. In his opening, Strydom states:

I, John Lawrence Strydom, will not plead guilty because it is not morally possible to admit to any alleged crime when

According to Baker, there are about 19 other cases that have been stayed in lower courts pending the resolution of these challenges to dagga prohibition at the Constitutional Court.