All the Cannabis Themed Events 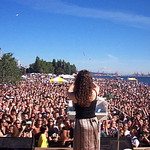 If you had the money, time, and desire, you could go to some sort of cannabis friendly event almost every day of the year. This is my attempt at keeping an up to date list of most of the major (more than 500 people, or some sort of culturally cool or significant type festivity) all over The USA.  If you have an event to add, please leave it in the comments. I will try my best to keep this list current, but we all how cannabis users are about planning ahead.