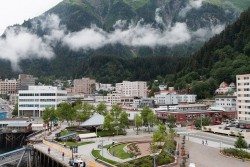 On Election Day 2014 Alaska voters approved a cannabis legalization initiative. The campaign slogan that the initiative was based upon was ‘regulate marijuana like alcohol.’ The Alaskan Alcoholic Beverage Control Board was the default governing agency that would oversee cannabis legalization implementation and regulation. However, at least on lawmaker in Alaska wants to see a completely new control board oversee cannabis in Alaska. Per ADN.Com:

McGuire said Thursday she intends to introduce legislation that would create a marijuana control board charged with crafting and implementing marijuana rules. McGuire, chair of the Senate Judiciary Committee, wants to make it clear that the Legislature will be addressing marijuana legalization. With that, she feels the first step is creating a separate board to regulate the substance.

The authority to do that is one of the few clear requests Ballot Measure 2 specifically makes of the Legislature. However, it only indicates that it “may create” the board — not that it must. Per the initiative, the Alcoholic Beverage Control Board is in charge of marijuana unless a new organization is formed. With the board moving swiftly, some involved in marijuana legalization find themselves mulling whether a separate board should exist.

Taylor Bickford said the Campaign to Regulate Marijuana Like Alcohol in Alaska is still analyzing the pros and cons of whether to create a marijuana control board. Jeff Jessee, CEO of the Alaska Mental Health Trust Authority and a volunteer with the group opposing Ballot Measure 2, said he has no stance either way on whether the ABC Board or a newly created board should handle marijuana rules.

So far, Colorado is considered to be the best standard of successful cannabis legalization implementation as Washington State has taken a much more deliberate approach. However, it’s worth noting that Colorado already had a system in place for medical cannabis sales, unlike Washington. Oregon’s Measure 91 also tabbed the state’s liquor control board to regulate marijuana, while keeping medical marijuana sales under the jurisdiction of the Oregon Health Authority.

Alaska, like Washington, also didn’t regulate medical marijuana sales first. Will Alaska ultimately create a new governing agency specifically for cannabis, or will they keep alcohol and marijuana under the same regulatory banner? Only time will tell, and it’s a situation worth monitoring. Creating a completely new control board could potentially delay implementation in Alaska.