5 Ways Weed Can Help You Relax 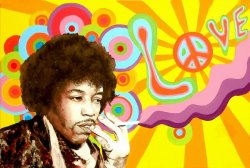 5 ways weed can help you chill

For those of us with progressive ideals and radical leanings, life under president Trump is proving to be a demonic, frothy and endless stream of stress inducing policies, tweets, and disappointments. It is a time of protests, organizing, and general grassroots badassery. Fortunately, the smart citizens of the West Coast and a few other states have seen fit to legalize cannabis for adults, proving once again that the Universe has a weird sense of humor. We are probably gonna need all the weed California can grow in order to be able to stare fascism in the eye and say “This oppression will not stand, man”. Here are some ways you can use cannabis to keep your spirit strong and your mind calm:

Smoke a joint, toke a bowl, do a dab, have a cookie. Whatever your usual method of consumption is, have at it. I recommend an indica dominant hybrid like Lavender, or even a heavier pure indica like Romulan or Bubblegum. Sit on your couch. Breathe. Relax.

Take a bath. A good long soak in a hot tub does wonders for the body and spirit. Sit-ins and protest marches can wreak havoc on the feet and the posterior. Carrying protest signs is hard on the triceps. Get a cannabis infused bath bomb or some bath salts, put on some Mariah Carey or maybe some Zap Mama, and let all your worries float away. Soak it in. Smoke another joint. Plan the resistance.
Note on bath salts and stuff like that: Whoopi makes one (http://whoopiandmaya.com/), and Canna Care also makes a good one. You could even make your own if you’re crafty like that. (http://www.cannabischeri.com/lifestyle/diy/how-to-make-marijuana-bath-salts/)

Now that it is legal for you to grow your own cannabis, you probably should. If your landlord is cool (or if you are especially sneaky, I guess) learning how to care for a few cannabis plants is a good way to practice your survival growing skills, and everyone knows that talking to plants is a great way to relieve stress. For the really subversive:  Throw a few pot seeds in a vacant lot or your local river bank. Just to see what happens.

Cannabis infused oils to the rescue! Healing touches are just the thing to help you decompress. Some local medical marijuana dispensaries (cough Therapeutic Alternative cough) offer free massage sessions to their patients. Or you could trade massages with a friend. You might want to have some cannabis infused sex lube next to the lotions, just in case.
Smoke with friends

Friends are awesome! Invite your friends over to smoke a doobie and make a cannabis infused meal. Cooking with cannabis is easy. Making cannabis infused butters and oils is a simple task, and good meal with good friends is a time-honored way to relieve stress, increase joy, and plot subversive actions aimed at overthrowing the Patriarchy.

Ngaio Bealum is a writer, comedian, cannabis activist, and a decent juggler. You can catch him on the road and MCing the International Cannabis Business Conference. Follow him on the social medias. @ngaio420