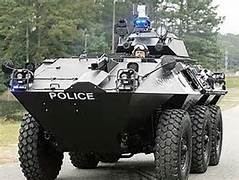 The American government has wasted around a trillion dollars in its decades of failure in the war on drugs. The end result of this endless waste of money, liberty, and lives is our current raging heroin epidemic.  Yet in spite of such clear tragic failure, the US Congress continues to throw good money after bad down the drug war rat hole.

The organization, Citizens Against Government Waste, each year complies a Congressional Pig Book listing congressional earmarks that it judges to as qualifying as pork barrel spending. By this criteria, a “‘pork’ project is a line-item in an appropriations bill that designates tax dollars for a specific purpose in circumvention of established budgetary procedures. To qualify as pork, a project must meet one of seven criteria that were developed in 1991 by CAGW and the Congressional Porkbusters Coalition.” The seven criteria are:

Drug war spending boondoggles have been the norm for decades. This treacherous tradition continues in 2016, with several provisions attached to the Department of Defense Appropriations Act. This year, the group reports:

$125,000,000 for two earmarks for the National Guard Counter-Drug Program. Formerly earmarked to individual states and congressional districts, the program, which allows for the use of military personnel in domestic drug enforcement operations, is now funded in one bundle as a work-around to the earmark moratorium.

Wait, what? Does not the Posse Comitatus Act prevent the military from engaging in domestic law enforcement? Apparently not, writes the US ARMY publication STAND-TO! because,

Since 1989, the National Guard, working with law enforcement agencies and community based organizations, has performed interdiction and anti-drug activities in the fight against illicit drugs. Approximately 2,500 Soldiers and Airmen support more than 5,000 agencies at the local, state, and federal levels preventing illicit drugs from being imported, manufactured and distributed.

As the mission continues to expand, the nexus between drugs and terrorism has become more evident. The unique training and specialized equipment, and the corresponding capabilities, make the National Guard Counterdrug program an increasingly important part of the overall homeland defense and security missions.

As the CAGW points out, the DEA already gets 2.1 billion each year in taxpayer funds to interdict drugs. This $125 million earmark for 2016 is only the of 66 over the last 15 years funding the National Guard Counter-Drug Program, wasting a total of nearly a half billion dollars. Meanwhile, all medical cannabis research in the USA limps along on a few million dollars a year.

In Financial Services, there was only one earmark, but it was huge:

$56,600,000 for the High Intensity Drug Trafficking Areas program (HIDTA) at the Office of National Drug Control Policy. Originally intended for border states, members of Congress have used earmarks to expand HIDTA to non-border states. Since FY 1997, 30 earmarks costing taxpayers $269.8 million have been provided for HIDTA programs; 16 of the earmarks were directed to programs in 10 states, only two of which, Arizona and New Mexico, are border states. The other eight states that received HIDTA earmarks were Alabama, Hawaii, Iowa, Louisiana, Missouri, New Jersey, Tennessee, and Wisconsin.

These HIDTA grants are typically wasted on the worst sort of law enforcement abuses by making war upon the citizenry for purposes of reaping financial rewards, such as asset forfeiture.

Such enormous waste is only a tiny part of the tens of billions yearly showered onto drug war bureaucrats. The war on drugs has failed miserably and wounded America in the process. It should be discontinued and defunded and replaced by true drug programs, emphasizing harm reduction.

If only such massive government spending could be directed into medical cannabis research, important new treatments could soon protect people from our most dreaded diseases.