California Cannabis Industry Must Be Prepared 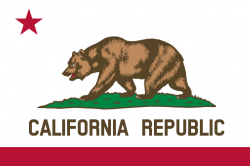 Business and cannabis experts agree, California is positioned to be the dominant world market for legal marijuana following the passage of Proposition 64 during the election this past November. While California has had some degree of legal cannabis since 1996, when it passed the country’s first medical cannabis law, Proposition 215, regulations have been varied and imperfect. Statewide standards have been virtually non-existent in the Golden State.
Though Colorado and Washington passed adult-use recreational marijuana measures four years ago in 2012, businesses in those states still struggle to keep up with the changing whims of overly-cautious politicians. As California moves adult use cannabis into a legal industry, the state will face many similar battles. Currently, some legislators there are pushing to ban billboard advertising on in-state highways.
According to Peter Hecht of The Sacramento Bee:

For months, westbound commuters on Highway 50 were greeted with a towering billboard of pot culture icon Tommy Chong pitching his Chong’s Choice marijuana products and directing motorists to a Sacramento dispensary, the Horizon Collective.
…[But] State lawmakers are considering legislation – Assembly Bill 64 – that would amend California’s recently passed Proposition 64 recreational marijuana initiative by imposing stricter rules for marijuana advertising.
Proposition 64, which allows adults 21 and over to possess an ounce of marijuana and creates a framework for recreational pot sales by Jan. 1, 2018, banned marijuana advertisements on interstate highways crossing the border into California. The new legislation would extend the ban to prohibit marijuana advertising along any stretch of interstate or state highway in California.

The uncertainty of a brand-new market, especially a market which comes with so many extreme positive and negative feelings, creates a large amount of unpredictability. People getting into the cannabis industry will need a strong business plan and a team of skilled and knowledgeable persons for any new cannabis enterprise. If you want to be part of the coalition of cannabis entrepreneurs working to understand these evolving laws and advocate for sensible regulations, you won’t want to miss the International Cannabis Business Conference in San Francisco, CA, on February 17th, 2017.