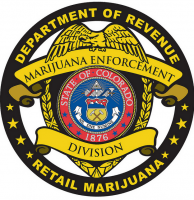 Two recreational cannabis shops in Aspen, Colorado, were recently cited by the state’s Marijuana Enforcement Division (MED) for selling marijuana to a minor. While some may point to citations to discredit legalization, a sting like this that resulted in two Colorado dispensaries cited for underage sales proves the system is working. In Colorado, recreational marijuana can only legally be sold to adults 21 and older. The two dispensaries were not targeted for any suspicion of wrongdoing, but rather as part of city-wide “compliance checks” (read: undercover stings) by the Colorado Department of Revenue, which parents the MED and regulates cannabis and liquor sales in the state. Out of seven such compliance checks at marijuana dispensaries and an unspecified number of liquor stores, these two were the only shops that failed to comply with state law and, therefore, receive citations.

Though many may bristle at the thought of undercover agents busting marijuana dispensaries for a variety of reasons, the reality is that Colorado–like other states that have legalized cannabis–is orchestrating a delicate balancing act in an effort to respect the will of its voters while avoiding the crosshairs of the Department of Justice.

In 2013 the Department of Justice released a memorandum to all States Attorneys urging restraint in the prosecution of marijuana crimes in jurisdictions “that legalize under state law the possession of small amounts of marijuana and provide for the regulation of marijuana production, processing, and sale.” It listed eight “enforcement priorities” that federal prosecutors and law enforcement should consider when determining the focus of investigations. There, right at the top of the list, is preventing the distribution of marijuana to minors. The memo (also known as “The Cole Memo“) goes on to explain (emphasis mine):

“In jurisdictions that have enacted laws legalizing marijuana in some form and that have also implemented strong and effective regulatory and enforcement systems to control the cultivation, distribution, sale, and possession of marijuana, conduct in compliance with these laws and regulations is less likely to threaten the federal priorities set forth above. Indeed, a robust system may affirmatively address those priorities by, for example, implementing effective measures to prevent diversion of marijuana outside of the regulated system and to other states, prohibiting access to marijuana by minors, and replacing an illicit marijuana trade that funds criminal enterprises with a tightly regulated market in which revenues are tracked and accounted for. In those circumstances, consistent with the traditional allocation of federal-state efforts in this area, enforcement of state law by state and local law enforcement and regulatory bodies should remain the primary means of addressing marijuana-related activity. If state enforcement efforts are not sufficiently robust to protect against the harms set forth above, the federal government may seek to challenge the regulatory structure itself in addition to continuing to bring individual enforcement actions, including criminal prosecutions focused on those harms.”

So, basically the Justice Department is stating: Enforce these rules or face the wrath of a federal government that still considers marijuana as harmful as heroin and more pernicious than guns. Colorado is so far doing a fantastic job at playing by the rules. MED spokesperson Tommy Moore told The Denver Post that his division has performed about 130 compliance checks since early 2014, and only made nine citations. With less than a  7% noncompliance rate, the regulated Colorado cannabis industry isn’t doing bad, much better than the illegal market, for sure.

When voters went to the polls in 2012 voting to “regulate marijuana like alcohol,” they got the deal they wanted. Or close to it. And while a paralyzed Congress slowly attempts to sort all of this weed legalization stuff out, taking advantage of a DOJ willing to turn its head under a few reasonable conditions seems like a perfectly fine strategy. If that means undercover stings and punishing the players who can’t abide by the rules, then so be it.