Oregon to Exceed Expectations After $3.5 Million in Marijuana Tax Revenue Collected in the First Month

Oregon’s first month of taxed marijuana sales netted the state about $3.5 million, exceeding original state projections and showing that the state is poised to have very robust marijuana sales. The tax revenue collected is even months earlier than expected as, after the passage of the 2014 Measure 91 legalization measure, the state wasn’t expected to start taxed sales until October of 2016. The Oregon Legislature passed a bill allowing for the taxed sale of marijuana flowers in existing medical marijuana dispensaries, but not any edibles or other products, to begin at the beginning of 2016. 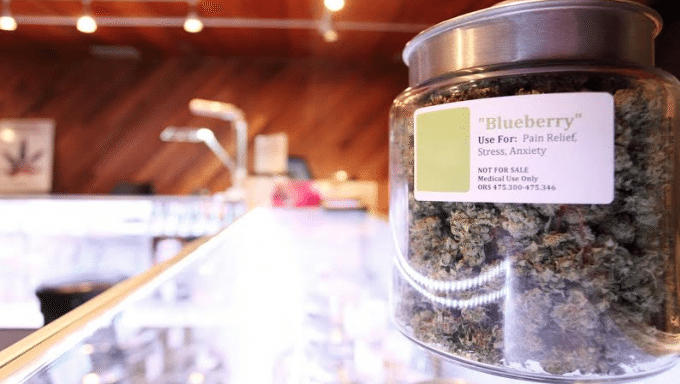 The state’s financial impact statement mailed with every voters’ pamphlet to every household in Oregon, estimated that marijuana sales would generate between $17 million to $40 million was the program was implemented, the $3.5 collected from just the first month of taxed flower sales, shows that the state is likely to crush the upper end of the state’s initial estimate. The Oregon State Legislative Revenue Office projected that Measure 91 would only generate about $17 million the first year while the financial firm ECONorthwest put the figure at $38.5 million.

After examining the evidence, the state’s financial estimate committee, consisting of members that included future Governor Kate Brown (then Secretary of State) and Portland mayoral candidate Ted Wheeler (serving as State Treasurer), voted to provide the $17 million to $40 million range. Since $3.5 million in taxed flower sales over 12 months equals $42 million, the committee seems to have picked a good range at first blush, with the state hitting just over the upper end. However, sales are likely to increase greatly once the adult-use commercial system is fully implemented.

Since $3.5 million collected from taxed flower sales doesn’t include any sale of infused-edibles or any other marijuana product, Oregon will see greater tax revenues in the future. With cannabis-infused edible making up nearly half of Colorado’s cannabis market, Oregon could easily double the tax revenue generated, if not even more (meeting the most optimistic projections) as consumers become more aware of tinctures, concentrates, topicals and the wide array of products that will be available.

The tax revenue generated doesn’t even take into account all of the benefits the state is experiencing, from the new jobs created; to fewer arrests and citations; to better prioritizing resources. Oregon has a long history as a trailblazer on cannabis, including producing some of the best cannabis in the world. While there are certainly growing pains as the state transitions to a regulated commercial system, the future is bright for the Oregon cannabis industry, so long as laws and regulations don’t unnecessarily stifle the burgeoning market. Prohibitionists often like to crow when tax revenues come in lower than some estimates, but they haven’t had much to crow about in that regard, so they will have to squawk someplace else.