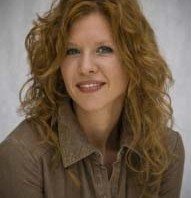 After successful marijuana legalization campaigns in 2012 & 2014, the cannabis law reform movement is already engrossed in planning for legalization measures likely to be placed on the 2016 ballot. California, the biggest prize of all, is certainly at the forefront of cannabis law reform advocates’ plans. California actually helped kick off the movement’s recent victories by placing Prop 19 on the ballot in 2010. While Prop 19 didn’t win at the ballot box, the campaign helped bring marijuana law reform more mainstream and taught advocates a lot about how to draft a legalization measure and run a legalization campaign.

Prop 19, was the brainchild of Oaksterdam University founder Richard Lee and if California is to legalize cannabis in 2016, Oaksterdam University will likely be instrumental once again, now under the leadership of Dale Sky Jones, the cannabis school’s executive chancellor. In fact, Ms. Jones has taken a leadership role in the effort to legalize marijuana for all California adults as executive director for the Coalition for Cannabis Policy Reform. I recently had the opportunity to meet with Dale at a California activist conference sponsored by CCPR and Reform California, an event bringing together activists from all across the state as Californians begin to take on the monumental task of running a legalization measure in one of the top-ten economies in the world.

Oaksterdam, founded in 2007, is the nation’s first cannabis college; classes focus on cannabis cultivation, history, and the medical applications of the cannabis plant. The university prides itself on preparing students with the knowledge they require to thrive in the the medical cannabis field as well as the emergent social-use cannabis industry. Executive Chancellor Jones is a founding board member for both the National Cannabis Industry Association (NCIA) and Californians to Regulate Medical Marijuana (CRMM) and is often seen on the many lists naming the top cannabis advocates in the country.  Jones valuably brings with her a wealth of experience from the corporate world as she has worked for companies in the retail and service industry, such as Brown Shoe, Radisson and T.G.I. Friday’s.

Dale Sky Jones will be presenting on the advocacy panel on February 15th at the International Cannabis Business Conference in San Francisco. Jones will be joined by a panel to discuss the emerging legal cannabis industry and the role that advocacy for full, nationwide legalization of cannabis plays in a business environment. There is no better time to immerse yourself in the emerging cannabis industry than right now and there aren’t many better people to learn from than Dale Sky Jones. And with the recent victories in Oregon and Alaska, it certainly makes sense to hold the 2nd ICBC in California after the initial conference was held last year in Portland, Oregon.