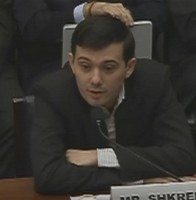 As I continue to take heat from the marijuana growers and True Legalizers™ in California over my support of marijuana legalization in the form of the Adult Use of Marijuana Act (AUMA), one thing that really bugs me is the deification of the plant and those who grow it.

Look, they’re farmers. Farmers are great people that deserve much respect. But they are not gods.

For one thing, these farmers have been taking advantage of prohibition to price-gouge consumers for decades. Can you name another vegetable crop that retails for $14-$30 per gram?

I can – it’s saffron. That’s a spice that can only be harvested three weeks out of the year and grows mainly in Iran. Families of field workers work 19-hour days to harvest the saffron, which is the three stamens from a crocus sativus flower. It takes about 150 flowers to make one gram of saffron.

Now, I know growing cannabis can take some time and effort and expense… but more than hand-picking three stamens out of a flower? Weed should cost more, even though it is a crop that can be grown year-round, can produce many grams from a single flower, and doesn’t have to be freeze-dried and shipped over the Atlantic?

The counter will be “but they’re heroes for risking prison to keep us all in green!” Really, heroes?

First of all, 7 out of 8 marijuana arrests are consumers, not growers. We’re the ones the War on Marijuana is built upon.

Second, we’re the ones who had to pay to take the prohibition risk. At least the grower who got busted was paid for his risk.

And that’s the key, they’ll tell you, being paid for the risk. But what’s a reasonable mark-up on risk?

That’s Martin “Pharma Bro” Shkreli-type numbers. Is he a hero?

For everybody who hates AUMA and loves Prop 215, are you really defending $300 ounces as “overgrowing the government”? Wouldn’t we have done a much more thorough job overgrowing them if growers had kept the markup down to, say, 400% ($100 ounce)?

When I read these Prop 215 lovers wailing about AUMA and how it will create $500 ounces and make Sean Parker’s friends rich, I can only laugh at the Freudian projection going on.

No, the fear that is becoming so transparent to us consumers is that the growers like things just the way they are under Prop 215 – it’s legal enough to avoid that risk, but illegal enough to keep charging the risk mark-up.

They’re not stupid. They can read what’s happening in Colorado and Washington, where prices are getting into the $45-$65 per half-ounce range.

Yeah, if the prices for my harvest were going to drop like that thanks to legalization, I’d be wailing about the AUMA, too. But if I were a marijuana consumer, not having to get a doctor’s note and being able to buy a $45 half-ounce of weed sounds like a hell of a reason to vote for AUMA.