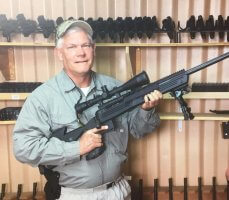 Pete Sessions, chair of the hugely powerful Rules Committee of the US House of Representatives, committed a highly immoral act.

This Congressman, along with others in the committee, blocked several pro-cannabis amendments from full House votes, killing them. For years, medical marijuana users and their industry have been protected from federal persecution by amendments penned by Dana Rohrabacher (R-CA) and other freedom loving members of the House, such as Oregon’s Earl Blumenauer and Colorado’s Jared Polis.

Such protections were the product of years of struggle and state votes for medical legalization going back to California’s landmark passage of medical marijuana in 1996. For three years now, the Department of Justice, including the DEA, have been prevented from spending any money to crush these state legalizations. Each congress saw ever-increasing votes of members of the House of Representatives securing these vital protections. Now all these years of progress and state votes for medical legalization are jeopardized by the real possibility of renewed raids by federal jackboot thugs.

Pete Sessions’ enormous power, as chair of the Rules Committee, to ignore arbitrarily the will and well-being of Americans citizens is nauseating. The Texas (surprise) Republican (surprise) appears to be granting the wish of Attorney General Jeff Sessions who recently demanded these protections be dropped.

The actions by Chairman Pete Sessions to deny congressional input into American medical marijuana policy was immoral for many reasons. The absence of these protections,

Other pro-cannabis amendments were dropped at the same time, including protections for hemp farming, access to banking, and easing restrictions that have stifled cannabis health research for nearly five decades. Fortunately, the current protections got a short reprieve, and the Senate may act to help achieve and restore these human rights.