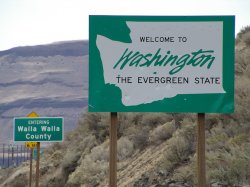 I guess what they say is true…in the marketplace, supply and demand are related! Who knew?

Well, pretty much everyone knew. And when it comes to cannabis, prices have had been artificially inflated over the years due to the high cost of risks, and the limit on supply created by prohibition. But as predicted, cannabis generally acts like other commodities when people are allowed to buy and sale in an open setting.

Now, we are seeing market forces play out on marijuana, noticeably in the State of Washington. Technically Washington was the first state to legalize cannabis for adult use, just hours before Colorado declared the same victory in the 2012 election. This is a fact some forget, possibly because in an effort to pass law which appeased prohibitionists, Washington’s laws were written much more strictly than Colorado’s. As a result, consumers there have complained about high prices, and a restriction on the number of licenses has allowed for less competition than what Colorado has seen. Medical patients have felt a huge squeeze. Exceptionally high taxes have created such a weighty burden and cannabis has been slow to exit the black market there.

This week, The Washington Post reports that the price of cannabis has fallen substantially in Washington State over the past three years:

“Davenport expects the marijuana industry to continue to find ways to lower prices for the simple reason that it’s a profitable business model. ‘Some consumers will prefer higher priced brands, but there will always be a market for the brand that can produce adequate quality cannabis at the cheapest cost,’ he notes.

“…Notably, even high taxes on legal marijuana don’t keep the legal price anywhere near what it was when the drug was more broadly illegal.”

As public sentiment continues to sour on the broader failure of the drug war, the article suggests that cannabis serves as an important example for future easing of other drug policies.

In the meantime, the falling price of cannabis in Washington goes to show how much policy has an influence over the cost of business. As more states move toward legalization and grapple with its implementation, we are bound to see an eventual balancing of market forces. In the meantime, we are sure to see some decrease in the raw profitability of cannabis sales in the future. But if we are lucky (i.e. if we all work together really hard to lobby Congress) maybe we can fix those pesky tax and banking issues, and open US cannabis entrepreneurs to the global market.

Keep up on the latest in cannabis policy and business! Join the International Cannabis Business Conference this December 1-3 in Kauai, Hawaii; February 1-2,2018  in San Francisco, California; and April 12-14 in Berlin, Germany. Don’t wait to get your tickets!