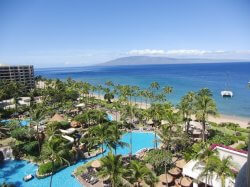 This week scored a mark in history for medical cannabis patients in the Aloha State. Initial sales went into effect on Tuesday on Maui and Wednesday on Oahu at two of the state-licensed dispensaries on the island chain. Although eight dispensaries have been granted licenses by the state’s Department of Health, business owners had been unable to get their product to consumers. Until recently, the Health Department had not approved any testing labs as certified for cannabis quality control.

Maui Grown Therapies opened its doors on Tuesday in Kahului, following approved laboratory testing and a final onsite inspection on Monday. The dispensary has already registered about 300 of the approximate 4,000 patients on Maui, and began sales by appointment this week. Oahu’s first operating dispensary, Aloha Green, opened to public sales on Wednesday to a crowd of excited patients. There’s good news on the horizon for patients from the mainland as well; the state is scheduled to establish registration rules for out-of-state patients by start of 2018.

“Implementing a new health program is always challenging, and the dispensary program was no exception. With legal guidance from Department of the Attorney General, the DOH team paved the way for this new industry in Hawai‘i and has set a new standard for dispensary programs other states can emulate.”

The statement also reminded patients of their own rules for individual legal compliance:

Are you ready to see the state of cannabis in the State of Rainbows? Get your tickets now for the International Cannabis Business Summit on Kauai, Hawaii happening December 1-3, 2107!