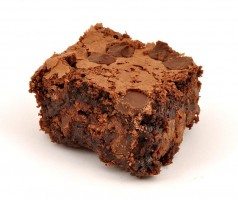 Cannabis edibles have been around for a long time, but you couldn’t buy them in stores or dispensaries until fairly recently. In the past you would have to have a culinary savvy friend who also liked cannabis in order to get your hands on edibles. Now days in Colorado, you can go into a store and purchase cannabis edibles in many different forms.

Cannabis edibles are popular in Colorado too. So popular, that edibles made up roughly 45% of the newly legal recreational industry in Colorado in 2014. Per The Cannabist:

The proliferation of marijuana edibles stunned state and industry leaders, making it one of the biggest surprises during the first year of legal recreational marijuana sales. Potent cookies, candies and drinks — once considered a niche market — now account for roughly 45 percent of the legal marijuana marketplace and led to the most high-profile marijuana controversies in 2014.

“We knew that there would be consumer interest in edibles, but I think we did underestimate that the demand would exceed our expectations,” Hodas said.

There are a lot of people fighting to become cannabis cultivators right now, and to get into the retail side of the equation. They may need to reconsider, and try to crack into cannabis edibles. Demand is clearly there. Food for thought.