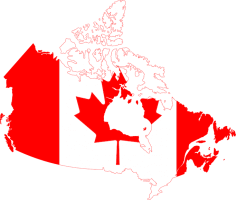 Onerous regulations appear to be negatively impacting the cannabis business growth in Canada.

Specifically, current organizational structures may be too strict to allow production to meet demand for cannabis oils and extracts. While the number of applications for cannabis licensing continues to climb, many entrepreneurs are skipping the step of extraction, presumably in a move to limit potential liabilities by keeping initial operations to the basics of production and distribution.

Tyler Nvquvest of Business Vancouver cited a recent Health Canada report which shows a growth in the cannabis oil sector of more than 871% between April 2016 and March 2017, and pointed out the overall lack of cannabis oil production licenses – only 18 of the 51 licenses granted by Canadian authorities include a plan to produce and sell oil:

“‘The way the system is set up is that it is a complete seed-to-sale license,’ said Mondin. ‘If you want to process oils, you are forced to cultivate [marijuana].’

“…’When you look at consumption trends in the U.S. and use [them] as predicators to Canada, the prediction is that consumption of extracted oil and oil-based products is going to increase 198,000% over the next five years,’ Mondin said.”

While Canada is currently losing out on the cannabis oil market due to regulatory hurdles, that will likely change in the near future. Over regulation and supply chain bottlenecks have temporarily plagued other marijuana markets, but the cannabis community is creative and persistent and elected officials like tax dollars. We can expect advocates and politicians to work out some common sense solutions, especially as legalization becomes more mainstream in Canada.

Keep up with the latest in Canada’s cannabis business development! Join the International Cannabis Business Conference in Kauai, Hawaii on December 1-3, 2017, and Vancouver, British Columbia in June 24 and 25, 2018.