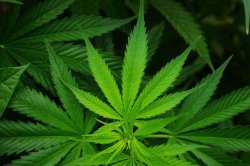 The California Department of Consumer Affairs has announced a total of 22 appointments to a new committee created under the State’s Bureau of Cannabis Control. The committee will assist in the development of rules and regulations for the 2018 roll-out of a legal adult-use cannabis market in the Golden State, emphasizing public health and safety, and reduction of illegal commerce.

“The department received hundreds of qualified applications for the committee and reviewed all of them during the selection process,” said Department of Consumer Affairs Director Dean R. Grafilo. “These individuals represent the diverse backgrounds of California and the cannabis industry and have the necessary experience to make the committee successful.”

It’s a long and robust list of advisors, and it appears to cover a broad base. I personally recognize a few names that I know Californians will feel good about:

Tamar Todd of the Drug Policy Alliance has been integral in many state-based initiative cannabis and drug policy changes, including California, Oregon, and Missouri, the three states I have done the bulk of my own activism for.

Alice Huffman has been a champion for the African-American community for years. Alice was running the California chapter of the NAACP when I worked on Prop 19 in Oakland in 2010. She secured the first major minority group endorsement for cannabis legalization that year.

Kristin Nevedal is another force to be reckoned with; among her achievements, Kristin led the effort to create the Patient-Focused Certification (PFC) program in conjunction with Americans for Safe Access – an important cannabis patient advocacy organization I have also been lucky to work for. PFC standards are currently being employed by many state and international governments developing legal cannabis schemes.

While I see many names and titles on the list which look impressive, I cannot directly speak to their achievements. Suffice to say, there are at least three rockstars there who I trust to keep the industry real, so I am feeling good about this committee.

“Committee members serve at the pleasure of the Director of the Department of Consumer Affairs. Members will not be paid, but will be reimbursed for any necessary travel for approved advisory committee meetings.

“BCC will work with the new members to set a date for the first meeting of the advisory committee. Additional information and meeting agendas will soon be posted at www.bcc.ca.gov, and on the Cannabis Web Portal, www.cannabis.ca.gov.”

There will be much work ahead for this California advisory committee and many other stakeholders. While there will be ups and downs and a multitude of regulatory changes, it is clear that the California cannabis industry will be the world’s biggest, and the future is bright for the Golden State.

Stay informed of the latest in California regulations at the International Cannabis Business Conference on February 1 & 2, 2018 in San Francisco, California! If you want to get a leg up on the competition, and visit beautiful Hawaii in December, the ICBC Kauai event is being held December 1st thru the 3rd.