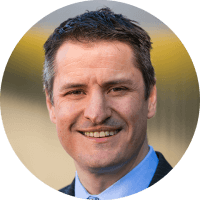 Brendan Kennedy, CEO of Privateer Holdings, has made a big splash in the cannabis community over the last six years or so, bringing in capital and his business acumen to the industry. Through Privateer’s companies, Leafly, Tilray and Marley Natural, Kennedy has helped provide medical cannabis, as well as valuable information, to patients and consumers, created positive publicity for the industry and has helped expunge the criminal records of those convicted of marijuana offenses in the past. Despite some very good things, the prospect of “Big Marijuana” has been touted by both prohibitionists and even by some in the cannabis community as a negative for the cannabis legalization cause.

Kennedy, just ahead of his keynote at the International Cannabis Business Conference in Vancouver, Canada, October 13-14, candidly took on any and all questions, not afraid to tackle the elephant in the room and provide advice for those who could potentially be his competitors in the market someday.

Anthony Johnson: Let’s just address the elephant in the room right away, how do you respond to claims that you’re “Big Marijuana”, taking over small businesses or taking advantage of Jamaica?

Brendan Kennedy: I got into this industry six years ago because I saw the opportunity to attack prohibition from a different angle. Activists groups and political campaigners use the angles of activism and politics to attack prohibition, and many are doing great work that I admire and support. To me, business is also form of activism, and I wanted to see how we could attack prohibition from that angle by creating companies that would help bring the cannabis industry into the mainstream, convert the skeptics and ultimately usher in an end to prohibition by winning trust and confidence of policymakers by demonstrating that a responsible industry would be a better alternative to the status quo.

In the case of Marley Natural and Jamaica, the Marley family came to us three years ago interested in the idea of a partnership. We saw the opportunity to work together and celebrate a great cultural icon like Bob Marley, to take his message of freedom and spread it around the world, to take his social justice message and apply that to the cause of ending prohibition around the globe. We created the Marley Natural brand through a lot of collaboration with the Marley family, so we want to do everything in a way that respects his family and the rich tradition of cannabis in Jamaica. We are giving back to Jamaica through Marley Natural’s philanthropic program Rise Up.

In general, Privateer does a lot of things that the industry and community love, including supporting clinical trials around the world via Tilray supplying cannabis and cannabis products to researchers internationally. The movement at large cheered when Leafly placed an ad in the New York Times. Many of those in the business understand that we also help other entrepreneurs raise capital. But we have been a target of some and that comes with the territory. It’s our job to address that skepticism, though, and I think we accomplish that through both our attitude toward the industry and our contributions.

AJ: Can you explain how the Rise Up Expungement Day and other socially-conscious efforts have come about?

BK: Social responsibility is really at the core of Marley Natural and so far our efforts have been focused on two general themes:

First, helping small farms and agriculture in Jamaica. We are funding various projects there and using our assets to educate and train small farmers in good agricultural practices. And second, helping people who have been harmed the most by prohibition, particularly minorities who have been disproportionately harmed by the drug war a, with events like Rise Up Expungement Day, where we help people clear their criminal record free of charge. We are working on other projects to help those harmed by the drug war as well and look forward to hosting many more Rise Up Expungement Days.

AJ: It would have been nice if a recent Vice article on Marley Natural would have mentioned some of the social justice aspects of the company.

BK: Yes, it certainly would have. I grew up as a progressive in San Francisco, and got involved with the cannabis industry to work toward more freedom and social justice. With Rise Up Expungement Day and other projects, I hope that our socially responsible work gets mentioned, one, so that people get word of these services and two, so that others in the industry can join us in making social responsibility an ongoing commitment that runs through everything we do.

AJ: When did you become a supporter of legalization?

BK: Growing up in the Bay Area and going to school in Berkeley, I’ve been a libertarian on social issues for as long as I can remember and have long supported legalization. I’ll be honest that I was really skeptical of medical cannabis at first, but I was still a supporter of legalization for social justice reasons. After travelling the world researching the industry, talking to patients and getting educated, I became a staunch believer in the medical benefits of cannabis about six years ago. If you listen to the stories of medical cannabis patients, you can’t deny that people are experiencing real relief that’s dramatically changed their quality of life. I try to highlight those personal testimonies from patients because if I had heard them sooner, I would have realized how wrong my earlier belief was.

AJ: A lot of people are looking forward to seeing you speak at the upcoming International Cannabis Business Conference and would certainly like to learn more on how entrepreneurs can prepare their businesses to be attractive to investors, any advice?

BK: I’ve done a lot of pitches in a lot of industries, and my initial advice is to tell a story. Show a vision, not just a product. Show a vision of the company, brand, or product and how it will change the industry. Also, pitch, pitch, pitch. Practice your pitch over and over again, so your pitch tells your story very well. Learn from hearing “no” from potential investors. Usually, you only want to hear the answer “yes,” but getting a “no” here and there can be very valuable, as you can learn from that experience. My favorite investors are the ones that told me “no” at one time, but I managed to turn them into a “yes.” Finally, just go and do it. Don’t tell investors what you are planning to do, show what you are doing. You can convince some people to invest because of their fear of missing out.

AJ: To Canadians, Tilray may be common knowledge, but to those in the States and elsewhere around the world, they may be less familiar, what would you like to convey about the company?

Tilray has invested heavily in Canada and we feel that we have built a brand that represents Canada well. We’re building a global brand. We are proud to have become the first company to legally export medical cannabis products from North America and import them into the EU, a huge milestone for the global cannabis movement. We have been very pleased to help promote scientific research around the world and are proud to be contributing to both the medical and commercial industries around the world.

AJ: What will attendees gain from your speech at the ICBC?

BK: I’m going to focus a lot on the global cause to end cannabis prohibition. There’s often a misconception that the end of the end of cannabis prohibition is a western United States phenomenon, but it is important that everyone understands that we are in the midst of a global paradigm shift. I’m excited that this event is in Vancouver as there are exciting developments in Canada, but there are also changes coming about in Jamaica, Colombia, Germany, Spain, Israel, and elsewhere. We are seeing countries around the world making progress and that is great for the legalization cause and entrepreneurs. I’m really looking forward to it.

AJ: Thanks Brendan, will see you soon.

BK: Thank you, looking forward to it.

See Brendan Kennedy and many other movers and shakers in the cannabis industry and movement at the International Cannabis Business Conference on October 13-14, in beautiful Vancouver, British Columbia, Canada.