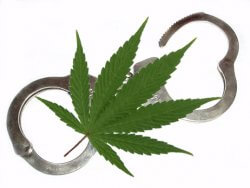 Leading social networks like Facebook have drawn their fair share of criticism over the past couple of years, with allegations of interfering with presidential elections through to poisoning the minds of our youths. But the rampant power of large social media companies goes further than that.

If there’s one thing that anyone who owns a cannabis related social media page on Facebook or Instagram will tell you, it’s that you never know when you just might be banned or censored. Reports constantly surface of legal cannabis businesses having their pages banned overnight with no explanation. Many cannabis based business have had their page closed even more than once, sometimes several times in a single year.

One blockchain based startup believe that the future of social media for cannabis users lies in something completely different. After having the social media page of a popular online community 420Smokers closed on multiple occasions the team behind Smoke Network decided that something needed to be done.

They now claim to be building the world’s first decentralized social network for cannabis users. While this might sound like a mouthful, there are many benefits that the idea of using blockchain brings to the cannabis social media conundrum.

Large centralized companies who control social media may have their own anti-marijuana rhetoric. Worse than that, these large companies can easily be pressured by the federal government, who still views cannabis as a schedule 1 drug, to spread their own anti-cannabis agenda. Social media companies may even have no control over this process at all.

By ‘decentralized’, Smoke Network really mean free from interference from outside parties . On a blockchain, the same technology powering the ever-popular Bitcoin, all data stored is immutable and hosted safely across a number of ‘nodes’ across the world.

This puts the network outside of the control or influence of any particular government, making censorship or loss of data next to impossible.

Smoke Network will also one other trick their sleeve that turns traditional social media on its head – the ability for content creators and content viewers to be rewarded automatically by the network for their work. This will be handled via Smoke Networks native currency, Smoke coin.

The amount one can earn will be calculated by the number of upvotes their own posts get on the network. Content curators will also have the ability to earn for finding and promoting high quality content before anyone else.

One thing is for certain: the future of social media won’t always be the one we take for granted today. To find out more about Smoke Network visit their website.