Attorney Robert Laurie Talks Prohibition and Regulation Ahead of the ICBC 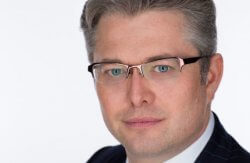 When you are in the cannabis industry, have been arrested for a cannabis offense, or contemplating a cannabis business, it is great to have a good lawyer on your side. Lawyers are often at the heart of the cannabis law reform movement and Robert W.E. Laurie of AD LUCEM LAW CORPORATION is no exception. Practicing out of Vancouver, British Columbia, Laurie has worked in big-name firms in London and the United States. The Canadian cannabis community is lucky to have him on their side. I got to talk for a few minutes with Mr. Laurie ahead of his upcoming presentation at the International Cannabis Business Conference, about cannabis prohibition, where the industry is headed and the advice he gives to those in the industry. Laurie had just finished speaking with Wally Oppal, Q.C., the former Attorney General of British Columbia as part of the Canadian Institute’s Canadian Cannabis Business Week in Vancouver.

Anthony Johnson: Robert, how did the discussion go with the former attorney general?

Robert Laurie: We had a really good discussion. We talked about the history of cannabis prohibition and its roots in the anti-immigration sentiment at the time and how the discrimination against immigrants morphed into the culture wars of the 1960s under Richard Nixon. Even after all of the progress that we’ve made, there are still too many harmful consequences of cannabis prohibition, even in a progressive city like Vancouver. Smelling like cannabis can still get you targeted by law enforcement.

AJ: It sounds like Canada’s cannabis prohibition followed the United States, starting with racism and then transforming into a culture war.

RL: The United States started the international “Drug War,” but Canada followed suit. Unfortunately, international law has been an excuse to perpetuate prohibition instead of progressing legalization. The U.S. is very influential today, even as we move towards legalization in Canada. For instance, some of the regulations in place in Colorado, have been implemented here in a different manner, but they won’t necessarily work. Vancouver has significant urban density, so arbitrary barriers around dispensaries don’t fit.

Now, we have to ask ourselves, “What does legalization and regulation actually look like?” Is it a regulatory policy or an elimination strategy? We shall see.

AJ: It seems like most government officials have an inclination to overregulate cannabis, I’m guessing that you agree?

Admitting that prohibition is a mistake forces the government to admit their part in the negligence and harm to their citizens caused by prohibition. We still have people incarcerated for simple possession. Where is their justice while everyone floods to this new market?

Clearly prohibition has been a failure, but government officials feel like they can’t say that, so they use red herrings like “youth harm, fire risks, health issues, mould problems and black market profiteering” to continue to restrict cannabis. We need regulations that fit the situation. Cannabis is a plant that is relatively benign and safe, so really the question is, “If we are allowed to have Starbucks on every corner, can’t we have dispensaries treated, at the very least, the same as alcohol?”

He adds: “Cannabis can save the planet, whereas alcohol and tobacco will kill you, especially if used as directed. So why regulate cannabis like alcohol or tobacco? To do so is nonsensical and irresponsible.”

Even regulating like alcohol doesn’t fit because alcohol is much more lethal than cannabis, a plant.

Even though it looks like cannabis is being legalized, it is still an unsatisfactory situation for patients and recreational users alike. Crossing borders with cannabis, even for medical patients isn’t allowed, so we still have work to do. Unfortunately, police are too often involved with developing regulations. Why are we trusting people that have been on the wrong side of history for 90 years? It’s would be like having a redneck, bigot, small town sheriff in charge of the “gay legalization” process.

AJ: What are your hopes for the cannabis industry in Canada?

I hope there are sensible regulations by provinces, but municipalities are going to take or assume power to mold regulations for their constituents. While the rules are being written, civil disobedience is making real change. Martin Luther King, Jr., and Ghandi showed that nonviolent civil disobedience can bring about significant change.

Most dispensaries and growers are engaging in civil disobedience by their daily actions and chosen professions. More and more dispensaries are opening up, especially across British Columbia, even though it is technically illegal, but there really aren’t the resources to try and shut them down when there are more serious issues. Vancouver really started the safe injection sites and the federal government tried to shut it down, but the city said, “Sorry, we have bigger fish to fry.” It’s the same with cannabis.

I hope that the federal government learns from its mistakes. The Marihuana for Medical Purposes Regulations (MMPR) was designed to benefit the federal government, but under the Constitution of Canada, cannabis as an industry should be regulated under the jurisdiction of the provinces. On other grounds, however, the MMPR was declared incompatible with the Constitution of Canada after a challenge by several great attorneys, including Kirk I. Tousaw and John W. Conroy, Q.C. The government was given 6 months to set up a legitimate system.
In turn, the government set the Access to Cannabis for Medical Purposes Regulations (ACMPR). The ACMPR is trying to be a hybrid system, trying to reconcile personal growing with exclusive growing and dispensing by Licensed Producers (LP’s). Big players, unfortunately are seeking to consolidate the market. The ACMPR is really just a bandaid trying to stop the bleeding of the money.
I want to see barriers to entry low and patients given true equality. Barriers to entry can be several million dollars with overregulation, which is ridiculous. There should be opportunities for the mom-and-pops.
Even patients have to pay too much for a prescription and most drugs are subsidized by the government, but cannabis isn’t treated the same.
The federal government seems to do whatever it can to make it as difficult as possible, even for growing for yourself, starting with the fact that you can only get your seeds and clones from licensed producers. The new prohibition is going to be overregulation and may be a long time before we see true equality.
AJ: Describe your work in the Canadian cannabis industry today.
RL: I represent about 35% of the dispensaries in Vancouver, most with their administrative issues with the city, as well as cannabis clients up and down the island, across B.C. and even throughout Canada. After graduating from the University of Oxford, I spent about 6 months dealing with tobacco industry regulations and another 6 months working in the alcohol industry, so I bring my knowledge of regulatory systems to my cannabis clients.
AJ: What is some of the advice that you give to those thinking about entering the cannabis industry, like those you’ll be speaking to at the International Cannabis Business Conference?
RL: Be prepared to enter a connoisseur market. People will vote with their feet and their pocket book and you must understand that most cannabis consumers tend to be the connoisseurs of the connoisseurs.
Better to ask for forgiveness in Canada, than to ask for permission, otherwise you are going to miss the opportunity. The best years are yet to be written. Be prepared and attend as many conferences and talks as you can.
AJ: Thanks, Robert, I look forward to seeing you at the ICBC in beautiful Vancouver.
RL: Thank you, see you soon.
You can see Robert Laurie and other lawyers and experts from Canada and around the world at the upcoming International Cannabis Business Conference in Vancouver, British Columbia, Canada, October 13-14. Get your tickets now before prices go up.