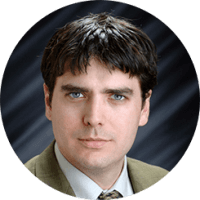 For members of the cannabis community, great attorneys can be your best friend. Effective attorneys can keep you out of prison, help you jump over regulatory hurdles and move reform efforts forward. I was fortunate to speak with one of the top cannabis lawyers in Canada, Kirk Tousaw, just head of his upcoming presentation at the International Cannabis Business Conference (ICBC) in Vancouver, British Columbia, on October 13-14.

Anthony Johnson: Kirk, thanks for taking the time to talk with me, can you describe your current legal practice?

Kirk Tousaw: I represent many cannabis industry participants, including an excess of 50 medical cannabis dispensaries Canada and applicants to the licensed producer program. I also defend people charged with cannabis offenses and engage in strategic litigation designed to improve Canadian cannabis law.

AJ: Can you describe an example of this strategic litigation?
KT: Yes, I was co-counsel with a team that sued the federal government to allow patients to cultivate medical cannabis for themselves under the Constitution of Canada. The court found that Section 7 of the Charter of Rights and Freedom guaranteed a reasonable access to cannabis, and that the ban on personal cultivation was arbitrary and caused harm, thus personal cultivation couldn’t be prohibited.

Health Canada must move to immediately allow new entrants to production and address changes. Anything less is unjust.

AJ: What’s your history with the cannabis movement?
KT: I’ve been an advocate for legalizing cannabis since my teens. I moved to Vancouver in 2002 and obtained a Masters in Law writing about cannabis policy. When I began practicing law, I was fortunate to work with John Conroy and we won a case in 2009 called R v. Beren that changed the medical cannabis system for the better. Public attitudes evolved as government thinking has evolved. Until recently, we had a conservative government, so it has been an uphill battle for the movement. My hope is that future advocacy occurs outside the courtroom so no one goes to jail.
AJ: What are your some of your concerns about how the federal government will proceed with legalization?
KT: Over regulation is always a fear, particularly in a new industry. However, I have great hope for the industry, regardless of the initial regulatory rollout. The system on day one won’t be the policy we have down the line. The hurdles, hiccups and problems will become to be known and we’ll move in a more positive direction. My advocacy is designed to have the government understand that it sin’t creating a new industry, but is instead bringing an existing industry into the light. Those that have built the industry need to be a part of the new system. I’m hopeful that the government understands that overregulation won’t achieve its goals, especially of eliminating the black market, if existing legacy producers and distributors can’t participate or regulations are too expensive. I’m hopeful government is receptive to the message and doesn’t miss a great opportunity for our country.
AJ: What advice will you give attendees of the International Cannabis Business Conference and those in the cannabis industry, or thinking of joining?
KT: I think right now, the most important thing is to be advocating for the laws that we want to see implemented, both in Ottawa for the federal policy as well as the provincial, municipal and tribal governments as all levels will shape the industry. It might be a time for some caution in terms of getting involved, to not move too quickly. Some may have moved too quickly under the old system and as a resulte, some are struggling because of burdensome overregulation. Caution and advocacy would be my two pieces of advice.
AJ: Thanks so much, Kirk, looking forward to seeing you in Vancouver.
KT: Thank you.
You can learn more about Kirk Tousaw from his website and by following him on Twitter. Learn from Mr. Tousaw and other entrepreneurs, activists and experts at the International Cannabis Business Conference on October 13-14 in beautiful Vancouver, British Columbia, Canada. Get your tickets now.