Activist and attorney Leland R. Berger is the owner and sole member of Oregon CannaBusiness Compliance Counsel, LLC and has been practicing law statewide in Oregon longer than any other cannabis counsel. He is also Chair of Portland NORML’s Legislative Committee.

AUMA is the Hillary of United States Cannabis Legalization Initiatives 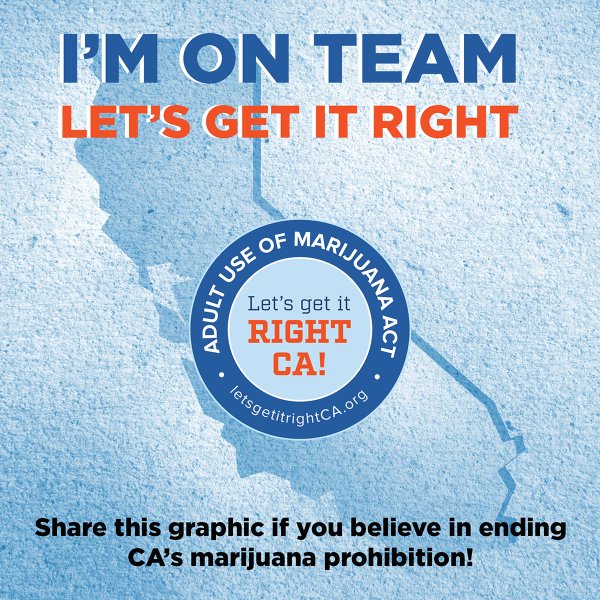 I had such high hopes for California when we were drafting Measure 91 in Oregon. I hoped that criminal penalties would give way to fines, and that California could improve on what we created in many significant ways.

I understand that each state is different and that California is the state that has 1/8th the population of the country; 10 times the population of Oregon and would be the 8 most populated country, if it were a country and not a state.

And I also get that Reform CA did all the right things, not only in the cannabis community but also throughout the state. But sometimes the funding goes elsewhere, and the only real certainty is that the funding dictates which initiative gets on the ballot. Billionaires make this decision for us.

In the same way as it would be a disaster for America to elect Donald Trump, it would likely set legalizing cannabis back two election cycles if California does not legalize this November. Nationally, we have no other viable choice but to elect Hillary. In California, we have to pass AUMA, the Adult Use of Marijuana Act, and, to quote Jack Herer, “marijuana is not going to legalize itself”, so sitting this one out is not a real option.

What is surprising about the opposition to AUMA in the California cannabis community is that, as initiatives go, it’s not that bad. It doesn’t create a per se DUII. Following Oregon’s lead, it significantly reduces criminal penalties. It allows home gardens (with more plants than Oregon’s law does). It does not amend the constitution to create an oligopoly to control cannabis production and distribution or allow only nurseries in business for 30 years to compete for the 3 licenses when there are only 3 nurseries in the state in business for 30 years. Point is, it could be better, but, and again like Hillary, it could be far worse.

Notably, under current law and enforcement, and particularly in the Bay area, Californians have it very, very good. Less than an ounce is a citable offense only and enforcement, in some parts, is lax. However, as with cannabis prohibition throughout the United States, the ACLU has documented that enforcement is skewed to target minorities and young people. Perhaps there’d be less opposition to the AUMA in the California cannabis community if more white people had their lives disrupted by this citable offense.

Either way, the problem is not with the wording of the initiative, the problem is with big money in politics. Corporations are not people and money is not speech, but as long as the Supreme Court decisions to the contrary remain good law, we are not going to be able to legislate our way out of this. Bernie has expanded on Obama’s use of social media to raise big money through many, many small donations, demonstrating a practical path to move us away from the current paradigm. Many folks are utilizing this tactic to run for office on progressive agendas. Hopefully in the future, cannabis initiative efforts will follow this approach.

*Activist and attorney Leland R. Berger is the owner and sole member of Oregon CannaBusiness Compliance Counsel, LLC and has been practicing law statewide in Oregon longer than any other cannabis counsel. He is also Chair of Portland NORML’s Legislative Committee.