The 2nd International Cannabis Business Conference (ICBC) has kick-offed in San Francisco at the beautiful Hyatt Regency. I’ll be using the hashtag #ICBCSF as I provide updates on the ol’ Twitter feed. ICBC Executive Producer Alex Rogers gave an overview of the conference, explaining the concepts underlying the ICBC, that it brings together both cannabis law reform advocates and industry entrepreneurs so we move cannabis laws forward in a way that ends arrests, protects patients and allows businesses to create jobs and generate revenue.

I was fortunate to introduce Sunday’s keynote speaker, Dr. Carl Hart, associate professor of Psychology and Psychiatry at Columbia University. I explained my introduction to cannabis law reform and how I entered the fight because my African American friends were treated more harshly for marijuana offenses in my birth state of Missouri than my middle class Caucasian friends. I was, at first, skeptical of the medical claims around cannabis, but I became educated and understood the importance of protecting patients rights. Dr. Carl Hart is at the forefront of educating the public about the truth about drugs, thus one of the most important figures in the drug law reform movement today. 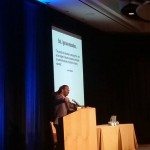 Dr. Hart, author of the award-winning book, High Price: A Neuroscientist’s Journey of Self Discovery that Challenges Everything You Know About Drugs and Society, explained to the crowd that he became a drug researcher because he wanted to understand addiction as the Drug War was decimating the African American community. Dr. Hart has taken several folks and institutions to task, including Maureen Dowd for her alarmist piece on her marijuana-infused edible encounter in Colorado (common sense that inexperienced cannabis users shouldn’t “start off like a champ”); the addiction industry and the politicians that enable that industry as a way to take focus away from the real issues of education, employment and health care; the funding of research funded by the National Institute of Drug Abuse that focuses almost exclusively on pathology; the media that misinterprets many of the published research studies; Jessie Jackson for playing up to Drug War hysteria in the 1980s; and even myself for alluding to “disproportionate impacts” of the Drug War on people of color, “Let’s call it what it is, it’s racial discrimination.”

Dr. Hart called upon the cannabis industry to fund our own science, get out of the closet, call out racial discrimination and work to change the legal status of all drugs. He warned us that his call to action “is not a formula for popularity.” When taking questions from a fellow neuroscientist audience member, Dr. Hart stated to “call out those that are being dishonest and embarrass them.” Responding to another question about Portugal, Dr. Hart explained that not only was Portugal having great success decriminalizing drugs, but the Czech Republic also had had great success with “no intention of turning back, but they don’t have as good of PR people as Portugal.” Dr. Hart bravely talked about his willingness to discuss his own drug use and how we need to be honest and learn from each other, “that’s why we are all here.” Dr. Hart was clearly a fan favorite of the audience and we can all be rest assured that we will be seeing him more and more often as he helps our nation get past our Reefer Madness past.

Congressman Dana Rohrabacher followed Dr. Carl Hart, demonstrating why he is one of the most important politicians working to end cannabis prohibition today. A speechwriter for Ronald Reagan, he has stood up for limited government and fighting for freedom. Proud of helping end the Cold War against the Soviet Union, he has demonstrated his willingness to go against members of his own party, from being a point person for legalizing marijuana to treating Russia differently than we treated the Soviet Union. Following Dr. Hart’s lead in “coming out of the closet” Rep. Rohrabacher admitted that he smoked marijuana in his college days, but that its’ obvious that the Drug War treats the poor and people of color very differently than wealthy people. “For certain segments of our society, we have created a fascist or communist state. If you tell a police officer that an African American has drugs on them, they will rush over to search them or even bust down their door. Is that freedom?”

Representative Rohrabacher has eloquently discussed the principles of freedom, personal responsibility and states’ rights that helped him garner 50 fellow Republican representatives to join nearly all Democrats to pass the Rohrabacher Amendment that strips federal funds from being used to prosecute people for medical marijuana in states where they are operating legally under state law. While we have made progress, “we have a long way to go” including the rescheduling of marijuana as placing cannabis as a Schedule I drug “is an abomination” and that state-legal businesses can have access to banks. True to his libertarian-conservative roots, the congressman touted that personal freedom is his primary reason to fight for cannabis legalization and that he wants to keep taxes low, that generating revenue isn’t his true focus. 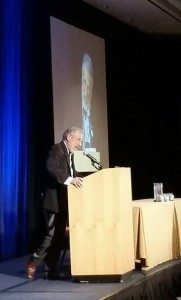 “WE’RE GONNA LEGALIZE MARIJUANA IN CALIFORNIA IN 2016!” Ethan Nadelmann proclaimed to a raucous applause. Nadelmann then recounted the recent experience of the Drug Policy Alliance in assisting legalization measures. DPA combines both pragmatism and urgency to the cause, understanding that winning elections is necessary to improving our nation’s marijuana laws. In 2012, DPA was instrumental in the drafting of Colorado’s Amendment 64 while they didn’t participate in the drafting of Washington’s I-502. Even though DPA didn’t write I-502 and didn’t support the fact that the measure prohibited home cultivation and included an unscientific per se DUI provision, the organization felt it was necessary to help a measure that would strike a major blow against prohibition. 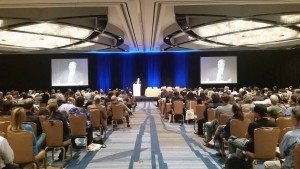 In 2014, DPA was heavily involved in the effort to pass Measure 91 throughout the entire process, from the writing of the measure to hiring the campaign director to fund raising to messaging. Ethan spoke about the sense of urgency that shot thru DPA when polling dropped, showing that the measure may just be a 50-50 proposition at the ballot box. Knowing that a loss in Oregon would dramatically set back the legalization movement, DPA raised more than $2 million for the Beaver State’s legalization fight. I can attest first hand to the fact that DPA did all that they possibly could to pass Measure 91 and even when they thought that they had done all that they could, they found a way to do more.

Ethan made it clear that DPA would put the same political pragmatism and urgent activism to the fight to legalize marijuana in California in 2016. While not offering many specifics about what a California legalization measure would entail exactly, Nadelmann let the crowd know that DPA understands the importance of legalizing cannabis in California and that the Golden State can count on DPA to do all that they can to pull together a winning campaign that will end arrests, create jobs and generate revenue.