Dr. Dale Gieringer, the Executive Director of California NORML (National Organization for the Reform of Marijuana Laws) is a cannabis law reform advocate that I have admired from afar, but have never had much of an opportunity to speak with. I will be fortunate to get to spend some time with him at the upcoming International Cannabis Business Conference, where Dale will be speaking and California NORML will be tabling. Dr. Gieringer, who received his Ph.D. from Stanford, was able to spare a few minutes of time on the phone with me so we could discuss his past, current and future activism.

It always interests me to know how and why longtime cannabis law reform advocates became activists in the first place. For Dr. Gieringer, it was the outrage he felt in the late 1980s at the helicopter raids that were damaging the California wilderness. He completed a dissertation on FDA drug regulation, so he had experience with some of the inner workings of our nation’s drug laws, and he wrote a feature article in Reason Magazine about DEA drug enforcement abuse and soon found his way to California NORML, which sprung out of the 1972 California effort to legalize marijuana, just after national NORML was founded in 1970.

With half the nation’s population living in medical marijuana states, four states and the nation’s capitol passing legalization measures and polls showing a majority of American voters supporting legalization, it is easy to forget darker times for the marijuana movement. When Dr. Gieringer started his activism, the marijuana law reform movement was in the depths of some dark days of the “Just Say No” era with not victory in site and up until November 4th, 1996, there were zero marijuana states. On November 5, 1996, history changed when California passed Prop 215, becoming the first state to legalize medical cannabis. 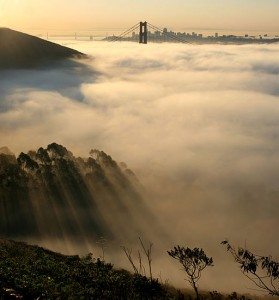 Before the historic 1996 election, Dale joined forces with Dennis Peron, helping pass a medical marijuana initiative in San Francisco with over 80% of the vote. San Francisco, was the “perfect fit, time and place” to start the medical cannabis movement, according to Dr. Gieringer as the epicenter of the AIDS epidemic. Local measures and resolutions were then passed in communities throughout the Golden State, including Santa Cruz, San Jose and San Diego. As a 15-year cannabis law reform activist myself, it was great learning a bit of the history of the California movement and getting insight into the local victories that helped snowball into the important movement that we have today.

Dale is surprised that medical cannabis reform has taken so long, especially at the federal level. He figured that passing Prop 215 would force the federal government to recognize the science, but he told me that, “I had no idea that the federal government would be so stubborn, defensive and reactionary in the protection of the drug police state.” It was a reminder to me about how hard so many people have worked and how we will have to work harder and harder to completely end the War on Marijuana because those in power never give up so easily. Luckily, we have articulate advocates like Dr. Gieringer and we seem to be picking up more and more, giving me hope for the future of the cause. 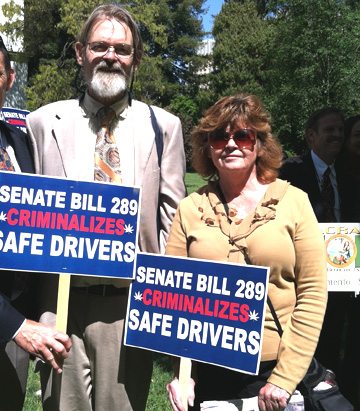 While California was the fire that sparked our cannabis (pun intended) revolution, four states have beaten the Golden State to legalizing marijuana. Dr. Gieringer noted that California probably could have passed legalization in 2012, but jumped the gun just a bit by placing Prop 19 on the ballot in 2010. While Prop 19 didn’t work out for California, it certainly changed the political debate across the country and helped set the stage for Colorado and Washington to legalize in 2012.

California is now working on putting together a winning coalition to join the club of legal states by placing a measure on the 2016 ballot. The Coalition for Cannabis Policy Reform (CCPR) is a coalition that includes California NORML, Law Enforcement Against Prohibition (LEAP), the California Cannabis Industry Association, Americans for Safe Access (ASA), the Prop 19 campaign and the United Food and Commercial Workers Union (UFCW). CCPR is working with both the Marijuana Policy Project and the Drug Policy Alliance to find a good compromise measure to satisfy the coalition. The coalition is awaiting position papers from a task force formed by Lt. Governor Gavin Newsom, hoping to seek some guidance on several issues, particularly taxation, which is a complicated issue in California.

In addition to the upcoming 2016 effort, California NORML is working to fight the discriminatory treatment levied against veterans who use medical cannabis as VA hospitals are continuing to deny vets treatment. Also, the group is fighting local medical cannabis cultivation bans that have been aided by a bad California Appellate Court decision; the chapter is looking at court cases and contemplating options for overturning that decision. Finally, they are also working to prevent efforts to ban e-cigarettes and vaporizers, treating them like tobacco products, even when used by medical cannabis patients.

After helping legalize marijuana in Oregon, I can’t help but think about the monumental task ahead of California in crafting a legalization measure. The sheer size of the state poses a severe challenge (the state basically has the population of 9 Oregons) and the number of interests that have to be satisfied are numerous. While the challenge is massive, thoughtful advocates like Dr. Gieringer and others that I have had the pleasure of meeting, I know that the challenge is not insurmountable and I look forward to California taking advantage of the 2016 presidential election to end cannabis prohibition and join the legal cannabis revolution that the state really started. If you are a Californian supporter of cannabis law reform, I encourage you to join California NORML and join a great team doing great work. You can find a chapter near you.