Tomorrow at 2pm at the Ohio Statehouse, advocates for medical marijuana research will be announcing their plans to build a $24 million research center in the state of Ohio if Issue 3 should pass in the 2015 election. Speaking at the event will be Dr. Sue Sisley, MD, Principal Investigator for the only FDA-approved randomized controlled trial looking at use of whole-plant marijuana (grown by NIDA) in combat veterans with treatment-resistant post-traumatic stress disorder (PTSD), who will perform her research in Ohio at ICI’s future research facility.

The drive to legalize marijuana in Ohio in 2015, ResponsibleOhio’s Issue 3, has been attacked for its most controversial section, the designation of just ten approved sites for commercial marijuana cultivation. This has led opponents and even the State of Ohio to designate the plan an Ohio marijuana monopoly; though, technically, a market controlled by a small number of wealthy beneficiaries is more properly called an “oligopoly”. Nevertheless, the idea that all commercial growing would be controlled by ten wealthy interests written into the constitution has even some die-hard supporters of legalization rejecting Ohio’s first-ever marijuana legalization measure.

Now there’s word that the “monopoly” fear promulgated by those who wish to maintain prohibition tickets and arrests at least another year is an intentional misreading of the amendment. The growing of marijuana commercially is not tied to ten licensees – it is tied to ten locations – and that difference is crucial.

Garrett Greenlee represents the International Cannabinoid Institute. Greenlee tells Marijuana Politics that Ohio was chosen by the ICI for its proposed research facility from among all the states with existing or pending legislation for medical or recreational marijuana. “My prediction is Ohio will become the most competitive and highest performing state in the Union – and around the world – as the structure gives opportunities for safety and free market solutions, including advanced research like ours.” 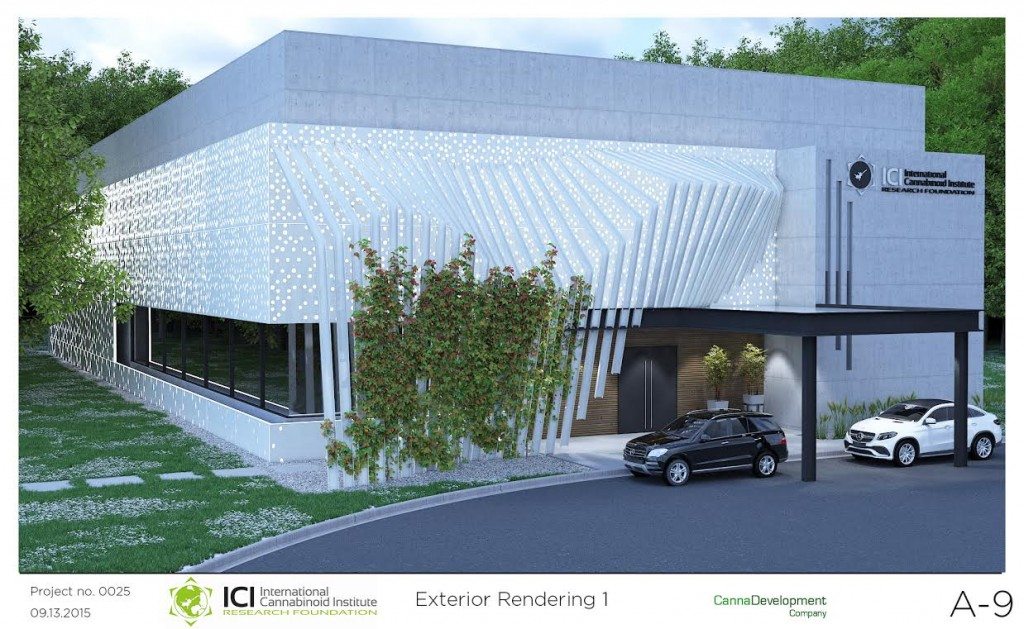 The breakthrough backing Greenlee’s optimism comes from looking past the “monopoly” claims he believes are quite mistaken. “The notion that the organizers of the ResponsibleOhio initiative are greedy opportunists seeking to create their own monopoly is just plain wrong. It’s totally false. Anyone can lease from the landowners who have been granted the right through their property – just read the amendment’s language.”

The language of the amendment says (emphasis mine):

The amendment goes on to list the ten initial facilities, already owned by the investors in Issue 3, as the:

Now, that tells us there are indeed just ten “facilities”. But when we look at the definitions in the amendment, we find this (emphasis mine):

And remember that the initial ten facilities were “subject to the exceptions set forth herein”, which include:

No local zoning, land use laws, agricultural regulations, subdivision regulations or similar provisions or governmental consents and approvals applicable to creating transferrable legal descriptions, or to any subsequent assignment of different parcel numbers to the aforesaid real properties shall prohibit the creation of transferrable and recordable legal descriptions or separate tax parcel numbers for any of the aforesaid real properties.

In other words, the owners of the lands that constitute the facilities may subdivide that land to lessees like the International Cannabinoid Institute. Plus, the guarantee that local governments could not interfere with the constitutionally-protected facilities through zoning or land use laws makes Ohio very attractive to scientists who require years of uninterrupted research on cannabis.

What seems more reasonable – that a land owner with no experience in cannabis cultivation is going to jump right in to a half-million-to-three-million square foot grow, or that a land owner would subdivide his land to lease to a bunch of growers who’ll guarantee him steady lease payments whether or not the crops fail?

By Greenlee’s estimation, it’s the latter. “We met with landowners and offered to lease their properties, just as any farmer might do with a landowner. These Ohioans have been very receptive to our concept, and we’re now in the final stages of site selection.” On The Russ Belville Show, Greenlee said, “I think, Russ, there will be over 100 growers in Ohio.”