Whitney Diedrich is a budtender and marketing specialist at Greeley Gallery, a family owned and operated Portland dispensary. Since 2014, Greeley Gallery has provided a safe and comfortable environment for customers to get the information they need, and the highest quality cannabis products available.

Marijuana Is a Schedule I Drug.
It Shouldn’t Be. 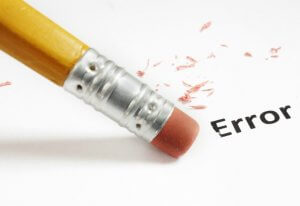 Marijuana is on the list of Schedule I drugs. It does not belong there. It simply does not meet the criteria to be on that list. Unfortunately, many of our politicians, lawmakers and even the recently confirmed Attorney General Jeff Sessions, refuse to let go of the propaganda that landed marijuana on that list in the first place.

Marijuana Is a Schedule I Drug – How Did This Happen

For his own nefarious reasons, Harry Anslinger, the first commissioner of the U.S. Treasury Department’s Federal Bureau of Narcotics, demonized marijuana—he encouraged people to believe that marijuana was nothing but a scourge on society and could lead to psychosis, insanity, and even murder. Anslinger’s actions are directly responsible for the passage of The Marijuana Tax Act of 1937 that outlawed possessing or selling cannabis in the U.S.

In 1970, the Marijuana Tax Act was repealed and an even more restrictive and consequential law was passed: The Comprehensive Drug Abuse Prevention and Control Act. This new law designated marijuana as a Schedule I drug and the reasons it was designated as such can be traced back to the misinformation and outright lies of the 1930s. Once marijuana received the Schedule I designation, its fate was sealed.

Marijuana Is a Schedule I Drug. It Must Be Dangerous 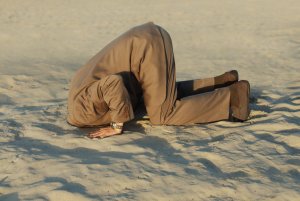 Politicians, lawmakers, law enforcers…all of them can point to marijuana’s designation as a Schedule I drug as solid evidence that marijuana is bad, and should be illegal. It’s like heroin. It’s like LSD. It must be dangerous. It’s on the same list as those other really dangerous drugs. But few look any further to understand why it’s on that list – they won’t learn that it ended up there without any scientific evidence to prove that it has high potential for abuse and no medical use. No evidence at all.

Dr. Sanjay Gupta once supported the DEA’s position on marijuana but now says that, “We have been terribly and systematically misled for nearly 70 years in the United States, and I apologize for my own role in that.” Not only does he now believe that the drug has “very legitimate medical applications,” he says that “sometimes marijuana is the only thing that works.”

There is really no question that marijuana effectively relieves symptoms of some chronic diseases (such as muscle spasms from multiple sclerosis), and the side effects from medical interventions (such as nausea from chemotherapy).

Marijuana Is a Schedule I Drug. Sorry, No Medical Marijuana for You 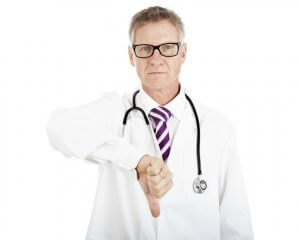 Voters in 28 states and Washington, DC, have made it legal for doctors to prescribe medical marijuana to their patients. That’s progress! But anti-marijuana propaganda still has a big influence on many U.S. lawmakers—New Jersey Governor Chris Christie, for example.

Vivian Wilson, a four-year-old who once lived in New Jersey, suffers from Dravet Syndrome, a potentially life-threatening seizure disorder. Her doctors were unable to control her seizures with traditional medications. Vivian’s parents read “encouraging reports about cannabis strains that were providing relief for Dravet patients,” but due to New Jersey’s restrictions on medical marijuana, Vivian could not get access to the drug. Governor Christie “defended New Jersey’s strict medical marijuana program and shrugged off a suggestion that a Scotch Plains family had no choice but to relocate to Colorado so their ailing daughter could have easier access to edible cannabis products.” The family moved to Colorado and with easier access to edible cannabis and according to her parents, Vivian has “improved tremendously.”

Marijuana Is a Schedule I Drug. Alternative Facts

Many lawmakers and politicians, like Christie and Sessions, have made up their minds that marijuana is bad, and even dangerous in the hands of doctors, many of whom believe that in the interest of public health, marijuana should be legalized and regulated.

Perhaps Christie and Sessions are unaware that their conclusions are driven by ideology from the 1930s and alternative facts about marijuana.

And Christie’s claim that “studies show that marijuana is a gateway drug?” Actually, research shows that the vast majority of marijuana users do not go on to use hard drugs. Most stop using after entering the adult social world of family and work.

Get With the People

59% of American voters support legalized marijuana—that according to a February 2017 Quinnipiac Poll. The same poll found that 93% support legalized marijuana for medical purposes if prescribed by a doctor. And, 71% say that the government should not enforce federal laws against marijuana in states that have legalized medical or recreational marijuana use. Attorney General Jeff Sessions said, “States, they can pass the laws they choose. I would just say it does remain a violation of federal law to distribute marijuana throughout any place in the United States, whether a state legalizes it or not.” Christie, Sessions and their ilk don’t seem to realize that they are outliers. They are public servants who need to listen to the American people. Marijuana Is a Schedule I Drug? It Shouldn’t Be.

Photo credits:
Harry Jacob Anslinger/Chris Christie/Jeff Sessions: fair use under the Copyright law of the United States
All other images: licensed through Fotolia.com